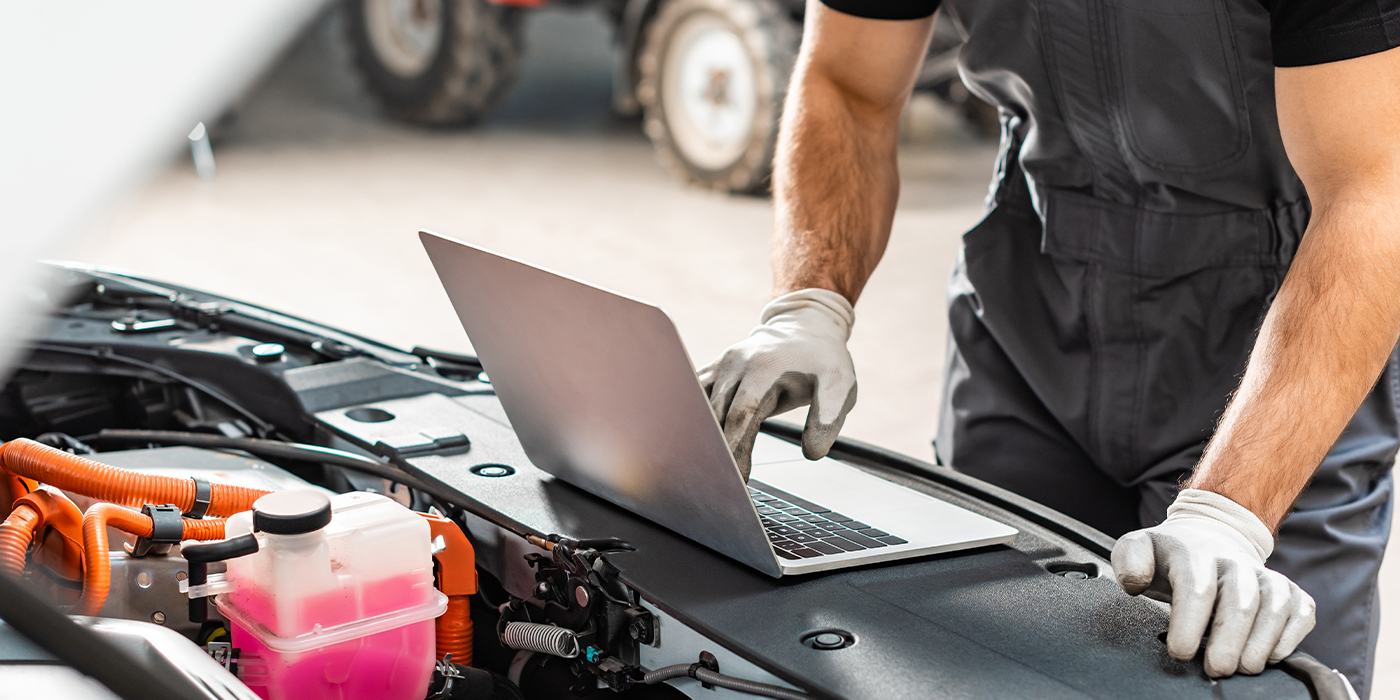 Technology has evolved leaps and bounds as the years have passed. Automobiles are no different. From the smallest convertible car to your biggest commercial trucks, these vehicles all come with a very complex system of wires and signals. Check engine, airbag indicator, traction control malfunctions; These dashboard alerts are surface level warnings that give you an idea of your vehicle’s overall health. This is what we call an OBD system, an in-vehicle tool that has become standard and has made maintenance and diagnosis simpler than it has ever been.

OBD stands for On-Board Diagnostics. As the name suggests, your vehicle’s OBD is an integrated tool that monitors most of its essential systems. The OBD collects information about the vehicle when a problem arises and will notify you in form of a diagnostic trouble code (DTC). This usually manifests itself as a check engine light, and one or more codes will generally be created in these instances. This is extremely handy as it will enable a person to quickly identify and fix any problems that occur inside a vehicle.

You might see OBD and OBD-II mentioned separately – This refers to the point in time which diagnostics became standardised. A few carmakers did attempt to introduce interfaces before the 1990s, but in 1991 the California Air Resources Board (CARB) administered that all cards sold in the state will require some form of OBD technology. It wasn’t until 1994 that the board issued the standard and the standard was officially implemented in 1996 model year and has been in use ever since. This is what we now know to be called OBD-II. Vehicles prior to this year to as early as 1981 will have the retroactively named OBD.

The Diagnostic Trouble Code (DTC) is the code that is generated by your OBD system whenever a problem is identified. It will often read as a series of one letter and four numbers, and the goal of the DTC is to give you the ability to zero in on the malfunction. For example, should you ever see a P0500 code, it will signify that there is a vehicle speed sensor malfunction. The letter refers to the specific system that is being examined, so in this case, P is referring to Powertrain. Other letters include B for Body, C for Chassis, and N for Network. You could also find yourself with U code errors, which signifies a fault with the computer itself. If the diagnostic complies to the EOBD standard, the second character will be 0. Codes that are manufacturer specific will begin with P1. The third number will then refer to the subsystems as follows;

The last two numbers will refer to the individual fault within each subsystem.

It is not uncommon for vehicles in this day and age to have at least a hundred different codes that can be generated. Errors can also be dependent on the make of the vehicle itself. That is to say, errors that show up on Ford, BMW, Subaru, Jeep, Chrysler, Toyota, Audi, Volkswagen, Dodge, Alfa Romeo, may all have their own unique codes and steps in which the problem can be rectified.

OBD scanners are a vital tool that can scan, identify, and analyse your vehicle in detail as well as its components. It is also technology that is highly utilised by car manufacturers, mechanics, and automotive part stores to test the functions of the vehicle. Even when no problems are present, a scanner can provide much needed piece of mind when incidents can occur at any time. High quality scanners will be designed in mind to give you a detailed and accurate analysis of any faults and then the steps to repair or fix it. It certainly comes out cheaper when you can locate and remedy the issue yourself than the hefty cost it will likely require to take it to a mechanic!

Scanners will often come in different varieties and it’s often best to understand your own needs before opting to buy one. No matter which scanner you choose to buy, the very basic nature of the tool is to read, investigate, and clear the codes. The advantage of a scanner is that there are codes or ongoing issues that the engine light might not choose to indicate as a cause for concern which the scanner would pick up on. The ability to detect and solve these problems before the vehicle itself identifies it as a problem worthy of attention is an invaluable advantage.

So, what kind of scanners are there?

Code Readers are a very basic and cheaper form of scanner that will give you all the basic information about your vehicle. While it will help you understand the issue related to the vehicle, it will unlikely provide you with the complete code that manufacturers often use. Engineers and mechanics would find this tool useful as their experience will give them the right idea of how to go about solving the problem with the basic information given.

DIY Scanners are a more advanced type of code reader that generally come with additional features that do more than just identify a problem. These scanners will provide you with a DTC which we covered above, but additionally, with the issue identified they will give the user information about how to solve it. The DIY aspect of these scanners implies that with the information it gathers for you, you can take the initiative and attempt to solve and repair the problem by yourself. These scanners will also include laptop compatibility so it makes transferring data quick and seamless.

Advanced Scanners are for those who have the experience behind them. The scanner will hastily provide results and information on a professional level, usually with every possible code featured in the tool. This level of scanner can also be utilised to analyse more heavy duty vehicles such as trucks also, a feature which the previous two will often lack.